With the end of the Cyclocross season getting ever closer, the National Trophies and Championships behind us, it’s just the remaining rounds of the regional leagues to go. While some of the team had already hung up their wheels for this season, the weekend saw for Phoebe’s final 2018/19 race in the Notts & Derby League and the penultimate race for the ‘southern contingent’ at a new venue in the grounds of stately home Hartham Park. After a dry stretch, the rain hit towards the end of last week, making for some slippery action in the Notts & Derby League race and some slick off-camber sections in the Western League. 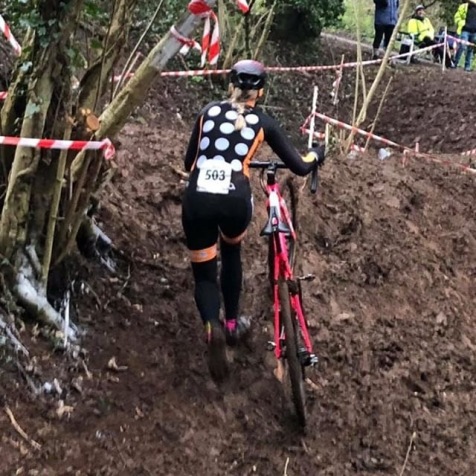 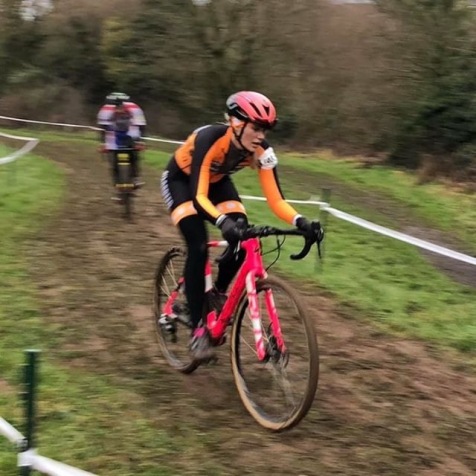 Phoebe took to the start line in what would be a muddy slog of a race at Broxtowe Country Park. This was to be Phoebe’s last race of the season and she was ready for the impending off season! The ever-popular Notts & Derby League race had a packed grid once again, and Phoebe’s race was going to be anything but easy. There was plenty of competition for our Magspeed rider, but, despite tired legs after a busy season on and off the bike, she managed to come away with 2nd in the Senior Women’s category. Cracking ride…now time for a rest!

Further down south in the Western League, Sam, Henry, Sam A and Scotty all took to the grid for the penultimate round of this winter season. All of the boys in orange got off to a good start, led by Sam Smith, with three other Magspeed riders following in 2nd, 3rd and 4th for a chunk of the first lap. The race soon strung out with the fast pace at the front and in amongst the Magspeed train was Sam Lindsay (73degrees) who has shown himself to be very strong of late on the more ‘power friendly’ courses. It was clear rather soon that this circuit would suit him down to the ground and he broke clear early on in the race, with only Sam S sticking on his tail, until a crash gave Sam Lindsay the gap he needed and he was away. After a slightly slower start, Scotty started working his way through, first passing Henry, then Sam A, then bridging across to Sam S. The pair stayed together until a tight chest meant Sam began to fade back towards his teammates. Scotty then tried to set off after Sam Lindsay, but it was to no avail as he was long gone. Meanwhile, behind, the rest of the Magspeed gang were bunching up a little further back with both Sams within a few seconds of each other but eventually it was the younger of the pair, Mr Smith, who managed to seal a comfortable 3rd place overall and with that 1st Junior. Sam Andrews managed to fend off a charge from James Britten (Bristol CX) to take the remaining podium spot in the Senior race. After Henry’s cracking start he managed to hold onto a decent top 10 placing overall and joined his new teammate on the Junior podium! All in all it was a decent day for the team, with all of the team making the podium in their respective races, great to see the riders still going strong so late into the season. 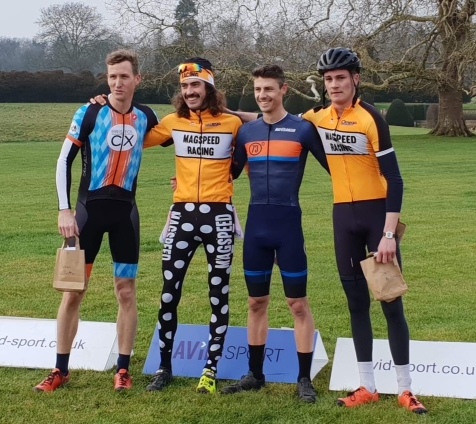