Part 2 of the season review in pictures…

More action from the Area Championships, with James taking a solid top 10 in the North Of England race at Peel Park in Bradford. Meanwhile down south, Scotty came home with a 4th, narrowly missing out on the podium and strong rides from Mike and Sam A. In the Junior race Sam Smith had a cracking ride, finishing 2nd, yet another top result.

The Ipswich National Trophy saw both Sam and Tracey bring home top results in the fast and dry race. After leading on the first lap, our young chap had showed his form by narrowly missing out on his first National podium. Meanwhile Tracey added to her points tally and held onto her National Series lead! 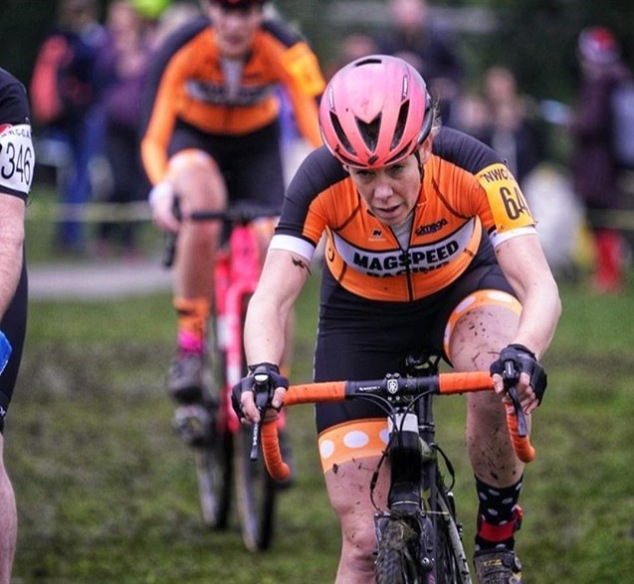 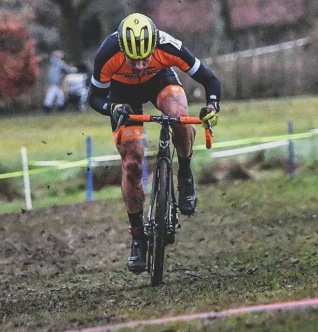 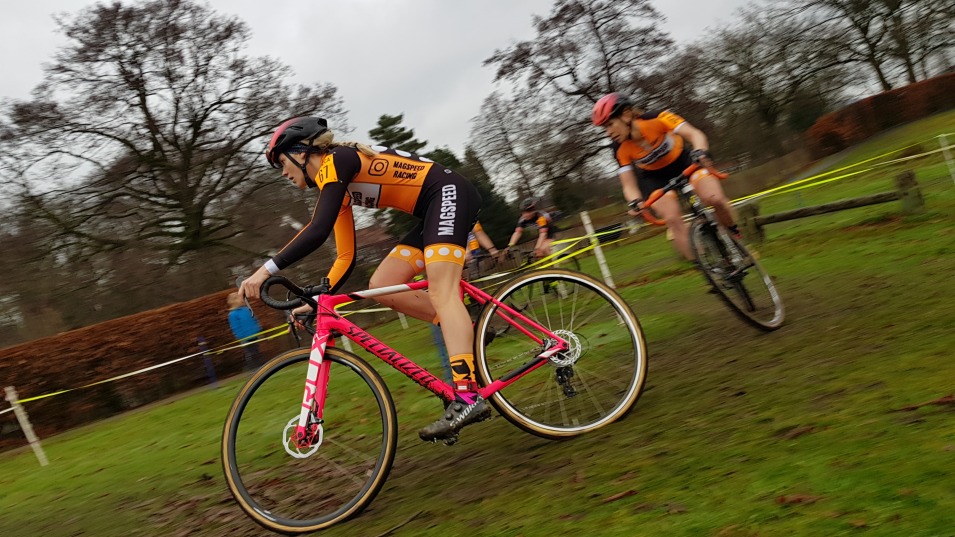 Macclesfield Supercross saw the majority of our Northern contingent come out to play in the very popular post Christmas race that always attracts a top level field! 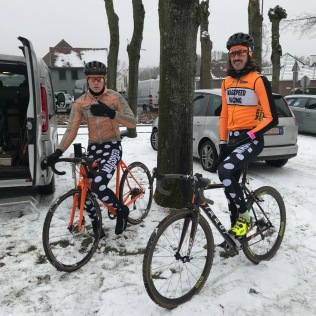 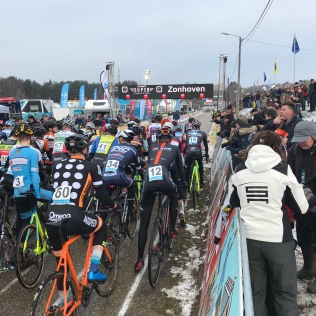 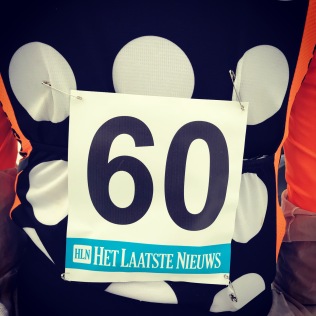 Belgium again…a packed van headed to the home of ‘cross again, with Sam and Scotty both racing. Saturday saw the boys race in FREEZING conditions at the Vlaamse League in Lichtervelde. Then Sunday the boys headed to some snow and the Superprestige in Zonhoven, Sam racing in the Junior race with Scotty doing his best Sven Nys impression by helping out his young teammate in the practice session and then cheering from the sidelines during the race. Top work from Stu and Sam’s dad, Nibbs as ever! Same again next year!

The final round of the season long National Trophy Series saw a good Team Orange turnout and some great racing. Tracey kept her cool and brought home the green jersey and the series, an amazing effort! James smashed it for 10th in the Vet 40 race whilst Scot, Scotty and Sam raced in the Senior and Junior races respectively… One T and Two T locked in a race long battle in the Senior race and Sam having plenty of issues to deal with in the Junior race but held his head high and did not stop giving it everything until the finish line! 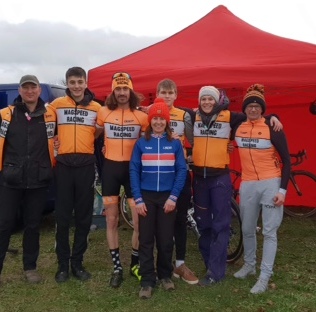 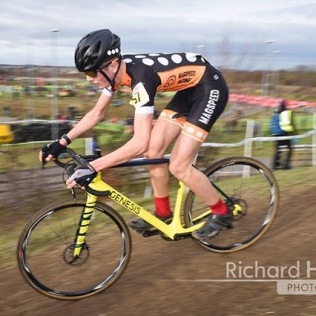 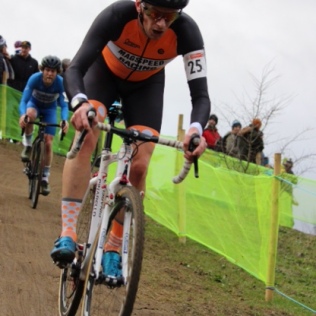 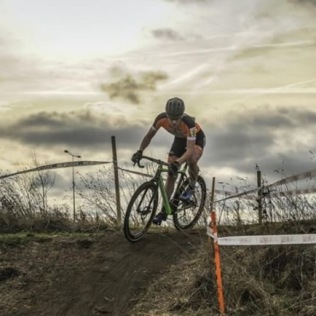 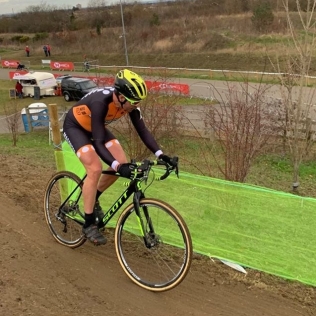 Nationals!! What a weekend we all had at the Cyclopark in Gravesend. Strong rides by everyone on the dry and fast course, topped off by Tracey taking the National title and becoming Magspeed’s first ever National Champion! 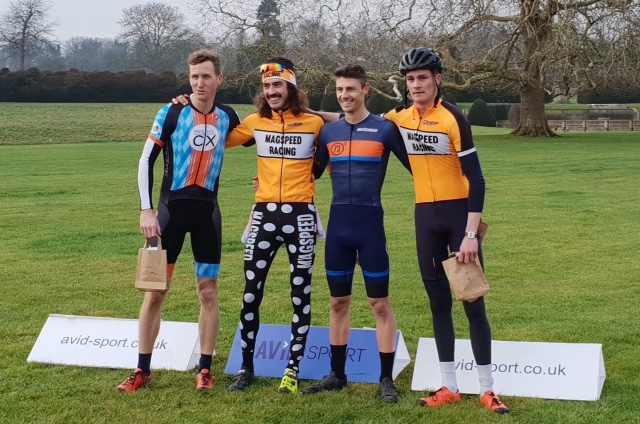 Podiums right the way upto the end of the season, Sam and Henry in the Western League in the Junior race, along with Scotty and Sam A in the senior race. Then Sam grabbing a 2nd at the final Wessex League race of the season! 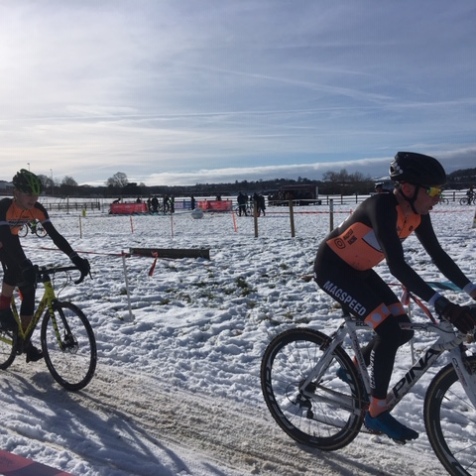 A snowy end to the season, with our riders racing right until the start of February at the final Western League race of the season in Keynsham. 2nd and 3rd for Sam A and Scotty overall with Blighty not far behind at all despite a cold. Sam and Henry coming 1st and 3rd in the Junior race which then meant Sam lead a Magspeed 1-2 in the overall series!

Time to re charge the batteries and get ready for the now fast approaching MTB and road season…see you there.