Last weekend saw the team mixing it up yet again across the disciplines with our riders racing in Road, Time Trials, Gravel and MTB races.

The last two days in June saw the return of the National MTB Series, this time at Thickthorn, near Norwich. Two of our riders headed to the event this time, with Sam competing in the Junior race and Tomo in the Veteran Men’s. Tomo was up first and, continuing his decent run this Spring/Summer season, he once again found himself at the sharp end of the race and stayed there right until the end, coming in in 5th place!

Up next was Sam, hoping to improve on his result last time out at the previous round of the series. With the course made up of around 80% grassy double track and a few technical sections to spice things up, it was always going to be a hard day out, not to mention the country’s top Juniors raring to go from the gun! Now for a little Sam’s-eye view of how it went down…

“I got a good start and got into a bunch of 9, and two laps in Louis Sutton made what was to be the winning attack – though everyone assumed he’d crack before the end! After a few laps in the bunch, my chain dropped into the lower front chainring at the bottom of the descent and took a while to get back up onto the preferred big ring, meaning that I had to chase back onto the group. With two laps to go, Tristan Davies and Reuben Orr attacked and meant the group then fell to just six. On the last lap I came out of the woods in 5th, headed up the hill loop which would take us to the finish straight. Sam Bishop went early and I went shortly after, around the outside of everyone, hitting the last corner a bike length behind Sam, but managed to carry a lot of extra speed and pipped him for 2nd place!”

A cracking day out for our two riders, two top 5’s and our second National MTB Series podium of the year…cracking work chaps!

In other news… Becky and Natalie both headed to the Monument HQ Criterium at Hog Hill. Nat riding 1hr 30mins to the event, then having a blast with her buddy and teammate Becky. Another strong ride from Becky coming over the line 4th, to take her ever closer to her 2nd category license, just 10 points away now, amazing work Becky! 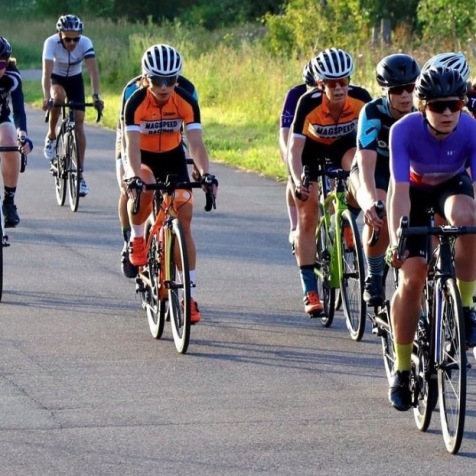 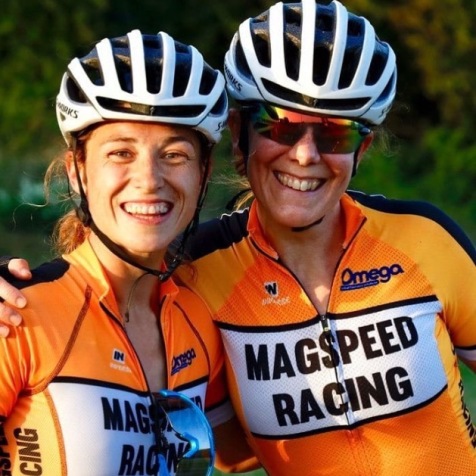 To round off the mix of disciplines for the week, Sam headed to his local TT – his first ever 10 mile race against the clock. And WHAT a time trial it was…armed with just his road bike and a set of clip on tri bars, he was away, recording a time of 21.26, outstanding for a first effort!! Also Nat headed to the second running of the CotsDURO event near Stroud and took part in the 100km self supported gravel ride, in scorching conditions (report to follow).

So, another full and fun week on the bikes for the team, now this summer appears to be on a roll and in full swing, more of the same please…