Nat and Phoebe took on the mighty Scotduro the weekend before last. Nat tells us a bit more about what went down… 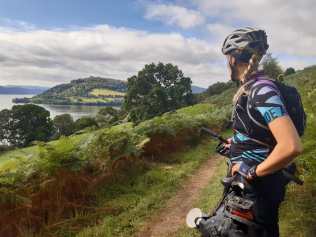 Highs: Too numerous to mention. Sunsets, mountains, sunshine, climbs, descents, laughs (sometimes delirious), lochs, breathtaking views, sloe gin in the hip flask, the sense of freedom being miles from the nearest road, the sound of silence, riding out of Loch Ossian in the sunrise and knowing we had completed what really was the hardest event of my life. We may not have been the fastest riders on the course, our love of cafes and a hot meal perhaps limited our overall speed, but our rolling time was not too shabby and I wouldn’t change anything about it. As I know that Phoebe loves a good motivational quote (I’ve learnt a lot more about her this weekend, some of which I maybe wish I hadn’t, it’s all about the journey and not the destination. A good thing really as the Drygate Bar & Kitchen was closed by the time we finally got there. 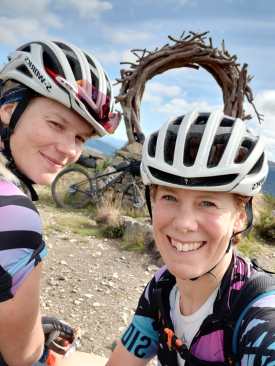 What a weekend for the girls…such an inspiration to us all…bloody amazing stuff!