With a weekend of racing ahead of the team and a cracking course set out at the Shrewsbury Sports Centre, a take on the course that has been used before, but with some added man made features and different use of the old natural features. It was set to be a decent weekend of racing for all the various categories and we had a great group of riders and team support who had headed to Shrewsbury! With 12 riders taking part in the races on both Saturday and Sunday, it was the Veteran categories up first.

First up for the team was James and Neil in the V40 race. A very fast grid of riders took to the start line at 10.30 on the course that was pretty rideable with only a few sections that had to be run, but the going was tough in places, with little let up. Still in the tail end of his recovery from a broken hand, James wasn’t on his normal form, which was a shame as earlier results in the season showed that he had potential for a top 10 result. A tough day out for the man from Sheffield and a top 30 result wasn’t what he’d hoped for. Neil was happy with his ride and tussles all race long made for an interesting race on what was becoming a well worn in circuit. A happy chappy at the end of his race, getting everything out of it that he could and then it was time to continue his busy weekend, with his wife Caroline racing in the Vet Women’s race and then both children racing on the Sunday! 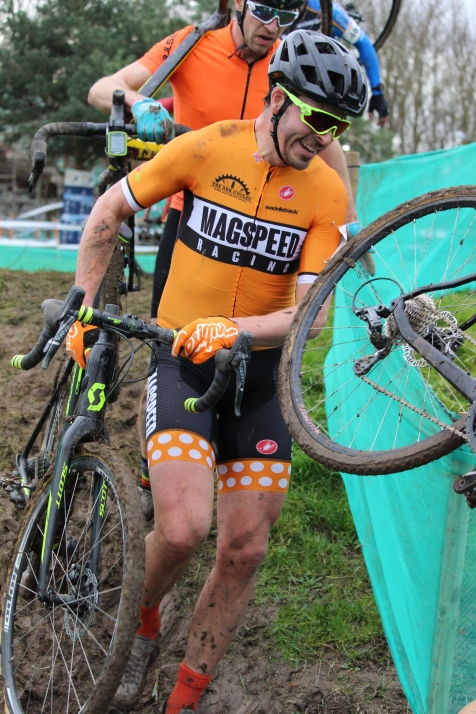 Next up was the Women’s Veteran races and we had three riders, one in each category, Caroline V40, Tracey V50 and Sally V60. First off was the V40’s with the 50 and 60 off a minute behind. Caroline, like Neil had a solid race and she was happy with the outcome with where her fitness was! Behind the other Magspeed ladies were smashing it, and within a lap, Tracey was leading and Sally had come from the back row of the grid, to nearly catching Tracey! These two would continue to build on their great starts and the gaps would stretch and stretch, though Sally’s nearest competition did make a fight back, but Sal then put the hammer down again! Then, as the laps board counted down, the bell rang and then Tracey made her way around the circuit to bring the win home and within the space of a minute or so, Magspeed Racing had two National Champions, Tracey retaining her V50 National Jersey and Sally taking the V60 crown for the first time…WHAT a day for these two! 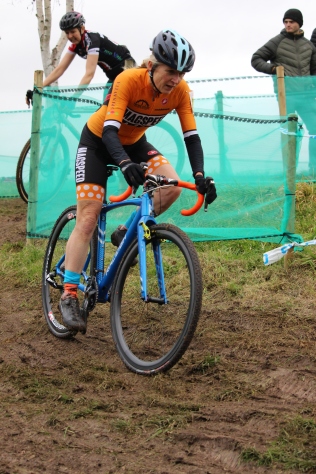 A track walk for a good chunk of the Team Orange Sunday racers as the sun was going down on what was a great first day for the team and then out for a celebration meal. Then time for bed and then time for day two!! 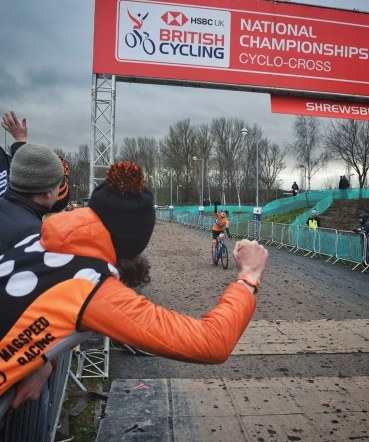